Cover: Title - Alliterative = win, funny = even winnier, plays on previous Holden title 'Fame Fatale' = winningest; the British title for the same book, 'Pastures Nouveaux', was good also, but Apprentice Writer must confess that she likes this better.
Art - gorgeous, saturated color and black silhouettes, perfectly complements cover art for previous title 'Beautiful People'; Apprentice Writer suspects that once Sourcebooks has completed its current run of Holden titles, the results would look spectacular popped into one of those big, multi-cutout picture frames that display half a dozen images at once.

What Works: This may possibly be AW's favorite Holden title of all. There is a perfect balance between empathy with the female protagonist character and amused disbelief with the female antagonist character. The secondary characters run the gamut of what the reader (at least, this one) would like to see in a British set story: glam urbanite, nosy neighbor, farmer, rock star, and AW's favorite: Bond girl. What's not to like? Not to mention the setting; AW adores HGTV-type shows that follow prospective home buyers poking around all sorts of villages and period cottages on the search for a rural retreat. This novel takes that longing, and looks at the unattractive (but very funny) underbelly of what that means in the real estate market. So as the reader can well predict, the heroine's dreams of an idyllic country cottage don't quite pan out. Equal in the non-panning-out department are the anti-heroine's dreams of an ostentatious country estate. The contrasts, and what the two women do about it, keep the reader entertained to the end and provide the basis for the apt subtitle 'A Comedy of Country Manors' (itself a clever play on words).

What Doesn't: Can't think of anything.

Overall: A classic Holden comedy of satiric contrasts that merrily mocks some behaviors and stereotypes even as it incites mad fantasies of leaping onto trans-Atlantic flights to seek out one's own charming English village filled with traditional as well as cutting-edge eccentrics.

But does it make you laugh? Yes, yes, yes!

Lady Avon! Ghost envy! A heart attack that somehow manages to be entertaining even though it really isn't! Just deserts for social snobs! Just a few of the entertaining bits that await. Gentle Reader: go forth and enjoy. And then please come back to say if AW promised too much or just enough! 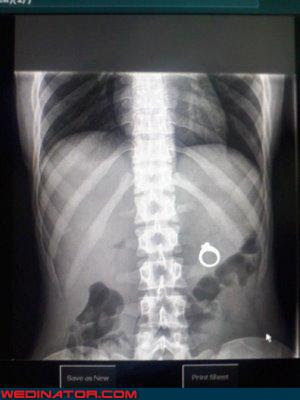 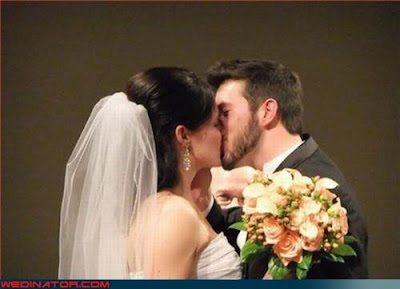 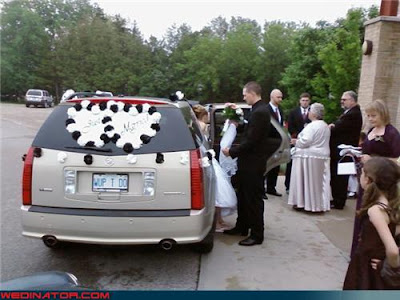 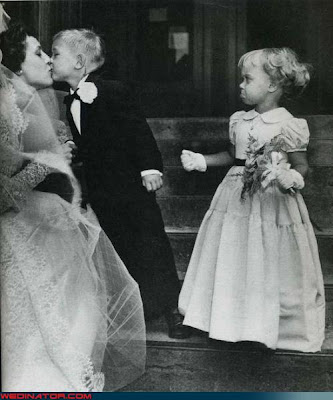 Apprentice Writer & Family are in the midst of preparing for an influx of guests, arriving from all over for a family wedding.

The Bride & Groom (NOT Gride & Broom, as some have waggishly suggested) have planned all in such detail that the following situations would dare not happen:
PROPOSAL FAIL
PERSONAL SPACE FAIL
LICENCE PLACE FAIL
FIDELITY FAIL

The Girls, by Lori Lansens
Literary Fiction, 2005 (reprinted 2009)
Cover: Attractive lilac shade, mysterious female face, it is only after reading the blurb and realizing that the story is about conjoined twins, forever bound to each other at the skull, that one realizes how apt the cover is, showing as it does two women attached but looking in opposite directions as do the protagonists (if you look at the front and back covers simultaneously). Simple but brilliant.
Content: Apprentice Writer absolutely loved this novel of conjoined sisters alternately telling the story of their life after learning one has a medical condition which will ultimately kill them both. The sisters' never-ending challenge and paradox is to do everything as one, but still be considered two separate individuals. Their voices are so distinct from one another that AW never mistook whose 'turn' to speak it was, despite annoyingly similar names bestowed upon them. The story explores such obvious themes as identity and definition of normalcy, but also feminitiy, boundaries of romantic and non-romantic love, exploitation, and what happens when biology (as opposed to social circumstance) forces one's sibling to also be take on a parent/child role.
Recommended for: Everyone. No matter how many books AW reads this year, 'The Girls' will be in her top five. She won it from Goodreads First Reads program, and immediately foisted it on her bookclub. It generated a tremendous amount of discussion and lingered long in the club's collective consciousness.


Made to be Broken, by Kelly Armstrong
Thriller, 2009
Cover: Moody red & black colors, graphic look, gun central = gives an accurate picture of what to expect, but not particularly unique or eyecatching. More signficant, perhaps, is the fact that the author's name is not only equal in size to the title but tops it: this author's has had runaway success in the paranormal and YA genres, and now appears to be crossing over into another with this suspenseful tale.
Content: AW wanted to get a taste of this very popular author's style, but could not warm up to her most well-known wolfian shapeshifter story, 'Bitten', praised though it is by many. So she picked up the second book in the Nadia Stafford series, about a female assassin for hire who runs an inn in rural Ontario when she isn't assassinating. And despite some sad-to-the-point-of-disturbing subject matter (murdered mother and stolen baby), the author's style lets the reader fly right along in the story. The protagonist's moral dilemmas and personal choices were convincing, her quandary of choice between two colleagues (and likewise, men) kept AW interested.
Recommended for: Fans of suspense, readers who like the author's work in other genres.

Curse of the Spellmans, by Lisa Lutz
(Spellman Files Book#2) Mystery, 2008
Cover: Indubitably eye-catching (ha!) due to rainbow color scheme, and the optics everywhere do make sense for the story, but the overall effect is muppet-like and could be done better.
Content: AW enjoyed Book#1 in this private investigator family series tremendously, and Book #2 even more so. To call it 'quirky' is like saying FIFA World Cup stadium audience members enjoy soccer - much too pale a word to capture the true essence of what's going on here. Isabelle Spellman's innate personality and unusual upbringing/training in private investigator tactics combine to produce a heroine who is without question odd and even dysfunctional in some ways, yet irrepressible and enormously appealing in her dogged attempts to do the right thing, regardless of whether the person she's doing it for or to wants that. She, her younger sister, and both parents are absolute masters of making the most jaw-dropping actions and statements seem perfectly reasonable.

As to AW's standard question, 'But does it make you laugh?'
Better believe it. Take a look:

A new neighbor has just witnessed Isabel exiting her parents' home from an upper window rather than a door. This does not st0p him from inviting her to breakfast. Bear in mind: the following is supposed to be their first DATE:
"As Subject beat eggs...I explained that I don't quite understand the big deal about doors. I casually mentioned my (window habit) as a throwback to my rebellious youth, but also as a rejection of the absoluteness of doors being the only socially acceptable mode of entry and exit. I'm not sure I convinced Subject to give windows a try himself. He stared at me a second too long and said, 'Well that's another way to look at it.'

Over breakfast Subject and I attempted to get each other's vital statistics.
'So what do you do?' I asked.
'I run a landscaping business.'
'Oh, that explains the gardening.'
'Does gardening need explaining?'
'I think so.'
'And you?'
'I haven't gardened in years. Thirty, to be exact.'
'You should try it sometime. Some people find it relaxing.'
'What kind of people?'
'I'm changing the subject,' Subject said."

'When you witness your mother vandalizing a motorbike for no apparent reason, there aren't a whole lot of people you can discuss it with.'

Someone is copycatting a series of creative vandalistic acts Isabel perpretrated (but never admitted to) as a teenager on a neighbor's outdoor holiday displays. Isabel is hired to solve the current case and begins by interviewing those who knew about it, starting with her dad, a former police officer.
"The transcript reads as follows:
Isabel: 'Do you recall the string of adjustments to Mrs. Chandler's life-size tableaux during the 1992-93 school year?'
Albert: 'Adjustments. Nice word choice.'
I: 'Please answer the question.'
A: 'Yes, I do recall the adjustments.'
I:....'Do you recall telling anyone about them.'
A: 'I do.
I: 'Approximately how many people?'
A: 'Has to be at least forty or fifty.'
I.'Are you out of your mind? Didn't you have anything else to talk about?'
A: 'Excuse me, Isabel, but I was getting tired of listening to my colleagues rave about their daughters' straight A's or swim team victories, science fair ribbons and Ivy League educations. These were the only bragging rights I had on you and I enjoyed it. I didn't relish you being a vandal, but the 'adjustments', as you call them, were downright brilliant. If only you had channelled that energy into something useful.'
I.: 'I have no idea what you're talking about.'
A.: 'Give me a break.'

Isabel's hardworking parents try taking a vacation, and send separate emails home to their daughters:
"Subject: Cruise Ship Dispatch #1
This is like a floating prison. Sometimes I just want to throw myself overboard so I can have some more space. I can't see the appeal. Plus, your mom's sick as a dog, so I have to roam the decks alone. Everyone on board has been drugged with some awful substance that makes them smile constantly. Crew members are always asking me if they can help me with anything. I'm walking down a hallway, and they ask if I need assistance. With what? I hope you both are behaving yourselves. I'll know if you're not. Dad.

Subject: Greetings from Hell
After two days of eating saltines, I finally made it out of the cabin, which is about the size of our Audi. In defense of my cabin, however, no-one inside it wears a thong.'

Recommended for: Fans of unusual, unpredictable heroines, readers who enjoy unique secondary characters and don't need a fulfilled love affair every book, anyone who likes their humor dry and quirky. AW can't wait to see what happens in Book #3, 'The Spellmans Strike Back', and can't decide at this moment if she likes Isabel's tween sister Rae or the superlative Flavia de Luce of 'The Sweetness at the Bottom of the Pie'. Tough choice, which calls for immediate reading of next books to decide.
Posted by M. at 6:36 PM 7 comments: