Signs You've Been Reading Too Much Romance

By day Jessica of 'Read, React, Review' is a professor of all things philosophical/ethical/feminist, by night she's a thoughtful blogger of whatever strikes her fancy, which includes voracious reading in genre fiction.

This has resulted, among many other things, in some very entertaining warning lists, the most recent of which was

10 Signs You've Been Reading Too Much Paranormal Romance

It made Apprentice Writer laugh (even though she scored very low on those 10 signs) so she went back to read previous lists also:

10 Signs You've Been Reading Too Much Historical Romance (AW scored higher here), and 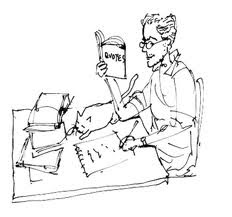 As an occasional book reviewer, Apprentice Writer once participated in a survey that asked, among many other things, whether she read the author information page' never', 'sometimes', 'most of the time', or 'always'.

She wished there had been another category: 'before anything else'.

AW adores the author information section. She believes it gives a tiny but true taste of the author's personality and creativity. If the book is supposed to be funny, for example, but she sees no reflection of that in the author blurb, she develops strong doubts as to the veracity of humor content.

Here some entertaining examples.
Dia Reeves, YA author: "I was born. I did some stuff. I haven't died yet. What do you want from me?" (@ Goodreads)

Gail Carriger, light paranormal author: "Ms. Carriger began writing in order to cope with being raised in obscurity by an expatriate Brit and an incurable curmudgeon. She escaped small town life and inadvertently acquired several degrees in Higher Learning. Ms. Carriger then traveled the historic cities of Europe, subsisting entirely on biscuits secreted in her handbag..." (@ Goodreads)

Diana Holquist, contemporary romance author: "I love to write. That’s pretty much all I do. Ask my family about the undone laundry, the un-bought groceries, and the fact that I rarely find time to get dressed in the morning. Actually, if you train your family right, they won’t notice any of these things..." (@ Goodreads)

Laura Kinsale, historical romance author: "...become a romance writer after six years as a geologist--a career which consisted of getting out of bed in the middle of the night and driving hundreds of miles alone across west Texas to sit drilling rigs, wear a hard hat, and attempt to boss around oil-covered males considerably larger than herself. This, she decided, was pushing her luck. So she gave all that up to sit in a chair and stare into space for long periods of time, attempting to figure out What-Happens-Next." (@ Goodreads)

Jill Mansell, contemporary fiction author: "....writes full time. Actually that’s not true; she watches TV, eats fruit gums, admires the rugby players training in the sports field behind her house, and spends hours on the internet marvelling at how many other writers have blogs. Only when she’s completely run out of displacement activities does she write." (@ Goodreads)

Janet Mullany, historical & paranormal author: "Janet Mullany was raised in England by half of an amateur string quartet..." (back cover)

It goes, perhaps, without saying that AW was not disappointed in the entertainment value of these authors' works after the high expectations raised by their self-descriptive snippets. 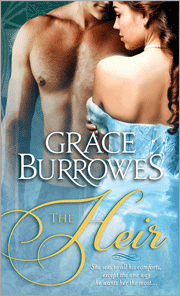 Premise: Housekeeper with secrets and responsibility driven heir to an old title develop feelings for one another.

Cover: Title - Short, succinct, ties in well with the next titles in the series (of which 'The Soldier' will be #2). Art - pretty blue, pretty lady, yet attention inexorably drawn to mondo large man-nipple.

What Works: The writing in this novel is a cut above average of what this reader has seen of the genre. There is many a well-turned sentence, deft bit of description, and enjoyable dialogue interchange, so much so that the author can be forgiven for her most overused word: 'lemonade'.

Apprentice Writer really liked the ending, and LOVED the hero's brothers. They each have different strengths and challenges to deal with, which will without question be explored in follow up novels, but what this reader liked the best about them was how they supported one another.

And as a former psychology student, AW very much enjoyed the how the process of mental/emotional change in various characters was depicted. It reflected the reality that very few individuals are overwhelmingly 'good' or 'bad'. Most are a mix of both, and can be coaxed one way or another on the continuum depending on stimulus, underlying personality traits, and sheer luck of what they may encounter in any given day.

What Doesn't: This is a story for readers who like character-driven novels. It takes a long time for things to get going, and even at the height of the erstwhile suspense, the action is over pretty quickly. This is not necessarily a flaw - Apprentice Writer quite likes 'quiet' stories, especially when well-written. It was more a matter of there being a fair amount of buildup for the housekeeper's secret aspect such that AW had a bit of a 'That's it?' reaction once it was resolved, intensified by a brief TSTL moment on the part of the heroine.

There is a lot of talk. This can be interpreted both as positive (it's really nice to see how various characters become close to one another) and negative (can verge on 'telling rather than showing'). The characters also seem remarkably insightful about themselves and others. This had an almost humorous effect for AW, as it was the opposite end of the spectrum of how the main characters behaved in the book she had read immediately prior. To be honest, it was kind of a refreshing change.

And finally, the big one: how much the reader enjoys this book may depend on what they define as 'romantic', and/or how skilled they are at division of real life and literature. Because the H/H relationship development is a textbook case of sexual harassment. Given the power imbalance between the main characters, the situations the hero constructs, and the way he tries to persuade to certain courses of action, the fact that there is no physical coercion involved becomes secondary.

It does help that the feelings the couple build for one another are so genuine, and that the heroine is utterly unintimidated by the hero and really makes him work for the happy end. But it could have been a much different (i.e. uglier) situation if she had felt obliged to fake such emotion.

From personal experience, AW is aware that such reality/story division can be achieved. She is personally appalled by infidelity following some instances in her extended family, yet somehow, much to her surprise, she found the characters in 'Same Time, Next Year' sympathetic and the story touching. Go figure. What she is saying is: sexual harassment is a hot-button issue for some people, so the reader may want to evaluate if this is the case for him/her and act accordingly when evaluating whether to read this book.

Overall: A thoughtful, well-written historical romance that will appeal to readers who enjoy exploration of family dynamics. Readers who prefer 'sweet' level love scenes should be aware that these tend to be on the explicit side. AW will look forward to reading the hero's brothers' stories. 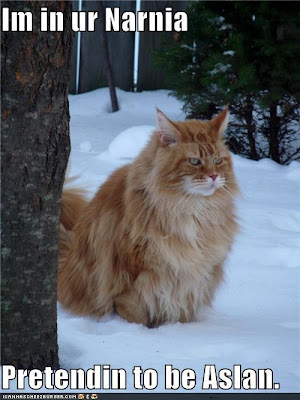 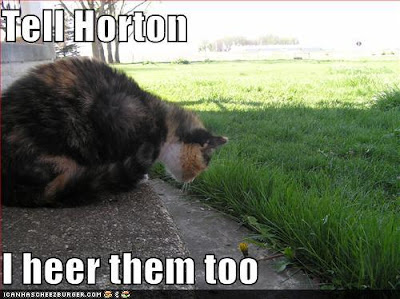 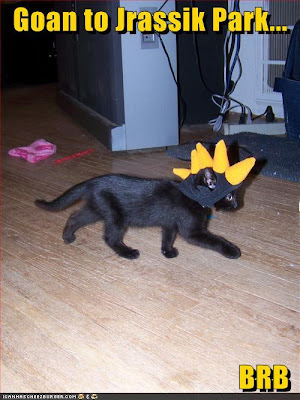 Apprentice Writer is working on a book review. Till it's done, here some well-read felines for the Gentle Reader to enjoy.
Posted by M. at 7:35 PM No comments:

In the literary world: More YA, less zombies, same amount of handwringing over the precarious future of the industry, continued insidious advance of true axis of (addictive) evil: bookstores joined with coffeeshops.

Predictions of less than 100% certainty:

In AW's home: she will keep all her new years resolutions.

In the literary world: Barring respective internal innovation, Facebook and Twitter reach a plateau (as shown by lukewarm reception of first print novel in tweets by Theresa Medeiros), paving the way for emergence of some new social media titan. Blogging will continue to hold steady among those cyberati who like online connecting in a more extensive, less commericialized way than seems to have become the case for many FBers and tweeters. Readers who leapt upon dedicated ereaders when they first appeared will now keep their eye on ipad developments to ponder the question of when to make the jump.

And authors of every subgenre everywhere will continue to ask the question: